Airport Health organisation, Mangalore is a ‘Public Authority’ established for the detailed execution of the Policies of the Government of India with the status of a ‘Subordinate Office’ of Directorate General of Health Services under Ministry of Health and Family Welfare, Nirman Bhavan, New Delhi. This Public Authority functions with the funds provided by the Government of India.

The Airport Health Organisation, Mangalore was established in the year 1st December 2018 to ensure prevention of entry of Quarantinable diseases (Diseases subjected to International Health Regulations) into the country under Indian aircraft and Public Health Rules, 1954.

The airport was named Bajpe Aerodrome, when it opened on 25 December 1951. Mangalore Airport was a customs airport from 2006 to 2016 and was used for limited domestic flights before it was granted the status of International airport. The International flights started in 2006. It is on top of a hill, with table top runways. It is the first airport in Karnataka to have 2 runways.

In July 2019, the central government approved leasing of the airport through public-private partnership (PPP) to the Adani Enterprises for operations, management and development for the next 50 years.

Sanitary Inspection : Health Inspector and Field workers do regular sanitary inspection of the food outlets, Toilets, washrooms etc. Samples of the drinking water are taken by the airport operator under the supervision of the APHO, Mangalore from the water sources for testing and the results are monitored by this office. 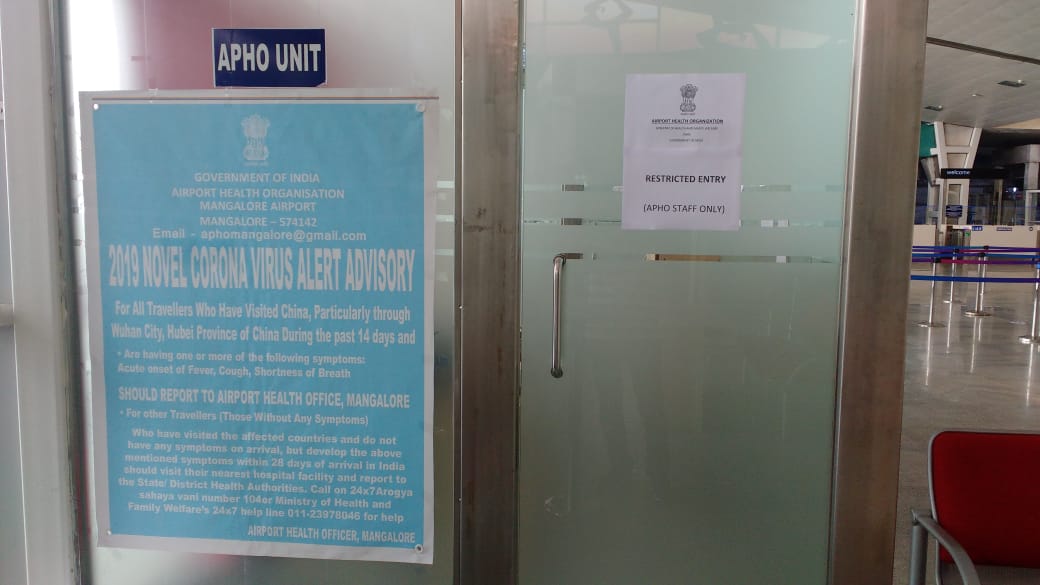