Airport Health Organisation (APHO), Mumbai is a unit of International Health Division under Directorate General of Health Services, Ministry of Health and Family Welfare, Government of India. APHO, Mumbai is a designated Point of Entry (POE) for coordination of activities and containment of Public Health Emergencies of International Concerns (PHEICs). APHO Mumbai is the nodal organization to coordinate the PHEIC activities at C S M I Airport, Mumbai. APHO, Mumbai was established in 25th July, 1947.

History of C S I Airport, Mumbai: Commercial aviation commenced on October 15, 1932 at Juhu air strip, 2.5 km away from present Mumbai Airport. Since it was at the edge of the sea, it could not be expanded to war requirement in 1930 & 1940. So, a new site was selected at Santacruz. This was the beginning in 1940 of the present Mumbai Airport. In 1946, DGCA took over the aerodrome from air force.

GVK/MIAL took over in 2006 and made Chhatrapati Shivaji Maharaj International Airport the biggest and modern Airport in Asia as of today.

Chhatrapati Shivaji Maharaj International Airport, an ISO 9001: 2000 certified, is the busiest airport in the country. Located in Mumbai, which is financial capital of India and Capital of Maharashtra, it is the major gateway to the international traffic to India.

Currently the airport handles on an average around 403 flights, 36000 passengers and 892 tonnes cargo per day. For handling such volume of passengers and cargo various regulatory and facilitating agencies are functioning at the airport, many of whom work round the clock basis. AAI provides various services for passenger facilitation and smooth aircraft operation. 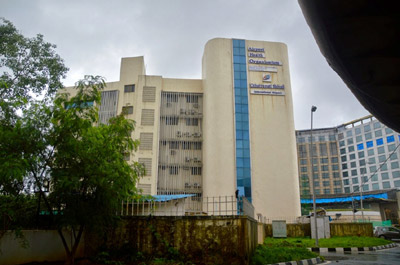